Back in November 2010 a new iPhone app launched with a fair amount of publicity called Path, its aim I thought was to link together the various social networks making sharing easier; besides did we really need another social network platform? Path's ideas didn't feel complete and as a consequence apps such as Instagram filled the void for cross network sharing.

Last week Path 2.0 was released, tech journalist MG Siegler summed it up nicely and I agree that what really stands out was how well thought out and designed the updated app is.

With Path 2.0 you can now share anything, from photos, messages, location, music or even when you're sleeping. 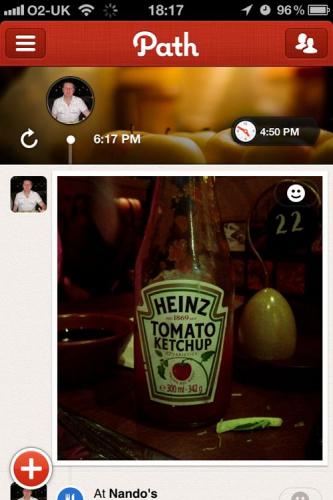 A really nice touch is when you scroll through you path, the way the clock spins as you go back and forward in time.

The new Facebook application has so many features, there are so many updates from people, companies, organisations, news sites that its easy to get overloaded, Path doesn't feel like it suffers from this clutter. 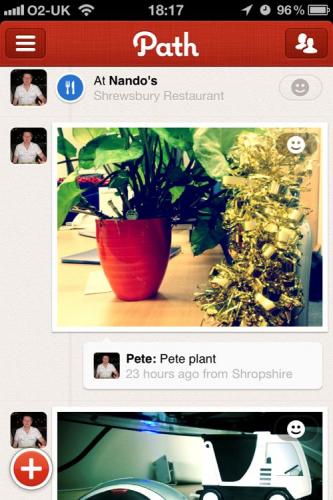 When web development moved into the Web 2.0 era the empathises was on the interface detail, I'm not talking about gradients and big margins but the way design and JavaScript could be used to make small usability improvements. We saw the same sort of improvements in OS X over its iterations, Path feels the same and I hope it ushers in a new movement in app design.

Path 2.0 feels a fresh start, its simple, well made and a pleasure to use - now I just need more than two friends using the service. Path is available for iPhone or Android.