10 UNIQUE PRODUCTS YOU CAN ONLY FIND IN KOREA 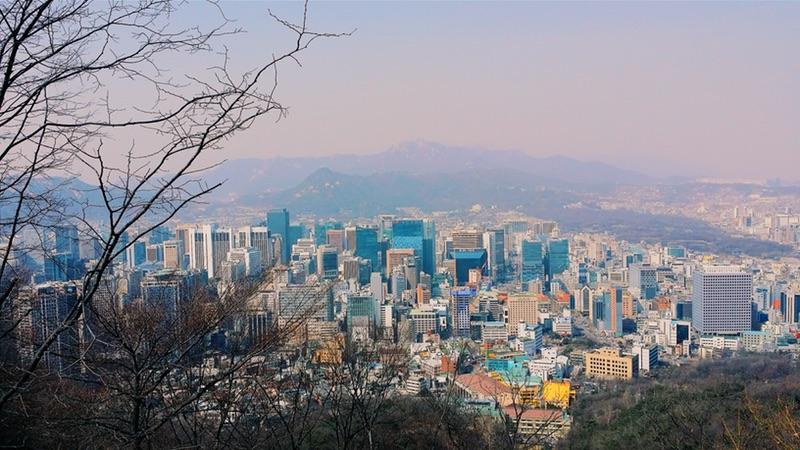 Korea enjoys a rich culture, made up of a mixture of deeply historic elements alongside modern aspects like the blossoming K-pop world. Visitors to Korea can enjoy a variety of cultural and modern experiences unique to this fascinating country. Read on for ten fantastically unique products that can only be found in Korea.

K-pop, or Korean pop music and culture, is taking the world by storm, and is largely responsible for the burgeoning popularity of Korean dramas. Television dramas like Descendants of the Sun have enjoyed worldwide popularity, and Korea knows how to capitalize on the unexpected popularity of its pop culture.

K-pop merchandise can be found almost everywhere in Korea, but the real treasures lie in licensed souvenir shops run by major entertainment agencies.

While socks are certainly not a uniquely Korean item, the prevalence of sock-buying opportunities and the wide range of colors, designs, and characters available undoubtedly is. And they're not just targeted to children, as wearing socks emblazoned with favorite characters or even political figures is commonplace for modern Korean people too.

In fact, sock buying so common in Korean culture that sock vending machines can be found in popular areas of Seoul.

Much like the "kawaii" culture in Japan, Koreans love anything tiny and cute. Many cute items can be found throughout Seoul and other parts of Korea, from tiny teddy bears and dolls to intricate miniatures on keychains, and trinkets to attach to bags and cell phones.

As an offshoot of Korea's "cute" culture, the selection of cell phone cases available to purchase is almost unrivaled in Korea. The range of cases in the United States is a tiny proportion of what is available in other parts of the world, so it makes sense to bring home a selection of cell phone cases for yourself and as souvenirs for friends and family.

BB Cream is one of the hottest beauty items on the market today, and by all accounts its popularity will only continue to rise. With BB Cream being a uniquely Korean invention, it is little wonder why people are exporting it in all its forms around the world.

But the Korean beauty market is so much more than BB Cream, with facial packs being another common and inexpensive item in Korea. In addition, a selection of strange and unusual beauty products can be found, from jaw massagers to double-eyelid tape, and antibacterial hand wipes to facial slimming masks.

Back to the traditional, the hanbok is for Korea what the kimono is for Japan. And just like in Japan, Korean men and women still wear their hanbok with pride during celebrations and social occasions. Visitors to Korea can order a custom-made hanbok, however they don't run cheap and can take up to three weeks to made.

As such, a variety of hanbok dolls and teddy bears are available for sale at various places throughout Korea, which have proven to be popular keepsakes.

Soju is the Koreans' alcoholic drink of choice, and like much of Korean culture, has become so popular overseas that the most well-known soju brand, Jinro, has been known to outsell other popular liquors in the United States.

A clear liquid like vodka, soju is typically made from rice and is considered to be quite bitter to taste, and not as strong as vodka.

Soju was traditionally made from rice, until rice shortages from the mid-1060s until the turn of the century caused the government to prohibit the use of rice in soju distillation. Creators needed to become inventive, and even today soju can be found with a tapioca, barley, wheat, or sweet potato base. The more expensive brands are once again made from rice, and soju that has been aged ten years in oak barrels carries a premium price.

Korea has a strong tea culture, with a variety of traditional and newer teas available. Meshil (sweet plum tea) and omija (five taste tea) are traditional variants that are still widely enjoyed today, while jakseolcha, an expensive form of green tea made from only the young buds of the leaves, is a firm favorite.

Koreans have been making traditional paper, known as hanji, for thousands of years, and the tradition still endures today. Made from the bark of the mulberry tree hanji was traditionally used to over the windows, doors, and walls in Korean houses, but today is more commonly used for artistic purposes including stationery, paper dolls, and lamps.

Folding fans have long been a part of Korean culture, with their use being considered essential, even in colder weather. Folding fans are widely available for purchase, and have traditionally been used as props in Korean dances and performances, providing shelter from the elements, and even to hide a person's face from onlookers.

Which of these products would you be most interested in bringing home from a trip to Korea? Are there other quintessentially Korean products that should be included on this list? Have your say in the comments below, and please like and share this article.

A Guide to Cool “Korean” Things to Buy in Korea - http://grrrltraveler.com/countries/asia/korea/cool-things-to-buy-in-korea/

Top 13 Korean Souvenirs That Friends Will Love You For - https://www.tripzilla.com/buy-souvenirs-south-korea/19531