My most recent trip has been to Sharm el Sheikh in Egypt for a week with Dave. Egypt has a population of around 65million most of which live around the Nile valley, our resort was six hours drive away at the edge of the Sinai peninsula on the Red Sea. The area is famous for all year sun and is one of the top ten diving locations in the world because of the coral reefs and diverse tropical fish. 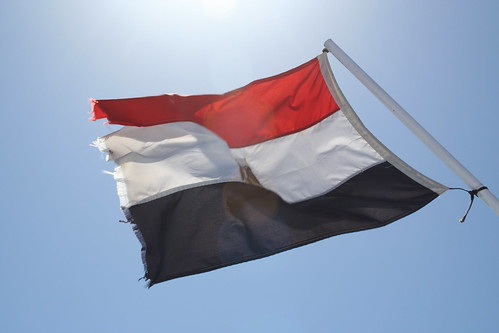 Day 1 Our first day mainly consisted of the flight which was uneventful. When getting off the plane you really notice the heat for the first time, at first I thought it was from the jet engine but you then realise that the normal temperature. When we got to the hotel we noticed it was in the centre of the resort - Naama bay, we thought Jackpot and hit the local bars.

Food was very cheap compared to the UK, even at the more commercial places like KFC, Pizza Hut and the Hard Rock Cafe a meal would be about half what you would expect in the UK. Alcoholic drinks on the other hand were very similar in price to the UK mainly because they have to import all their alcohol and they can rip us tourists off.

Day 2 The second day was Dave's birthday and we started by booking some excursions for later in the week. The rest of the day we burnt round the pool before heading out for food and drink. Keeping in with Egyptian culture we ate in the Hard Rock Cafe, here we are with a couple of the staff. 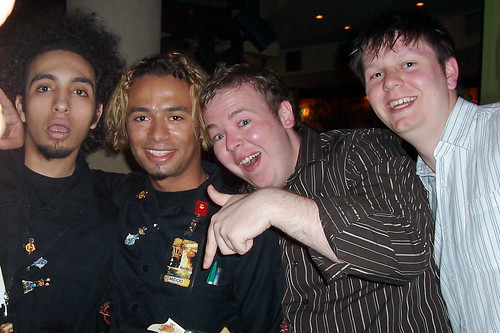 The majority of the locals were from Cairo as most of the area around Sharm is just desert. It was in the Hard Rock Cafe that I made my finest achievement on the holiday. I met a couple from Kazakhstan, after some small talk about the slow service we started to discuss the major cultural achievements of Kazakhstan, the main one of course being Borat. They did not seem amused however we came to the amicable conclusion that the joke was on the Americans in the film. Unfortunately I did not manage to get a picture with them. 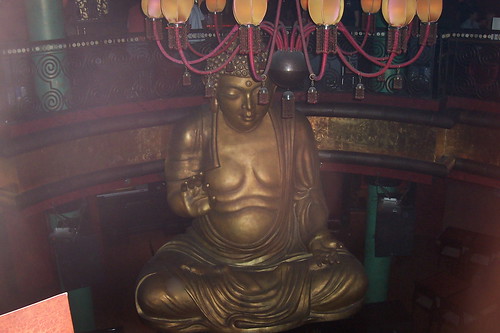 We visited one bar called Little Budda which seemed a little ironic considering Egypt is an Islamic state. It had a giant Budda and played chilled out music and served cocktails.

Day 3 With a relatively small hangover we went on our first excursion Camel riding! We had been speaking to various people the day before about it and were told that it was not a nice experience however this was not going to stop us on our grand adventure into the desert! 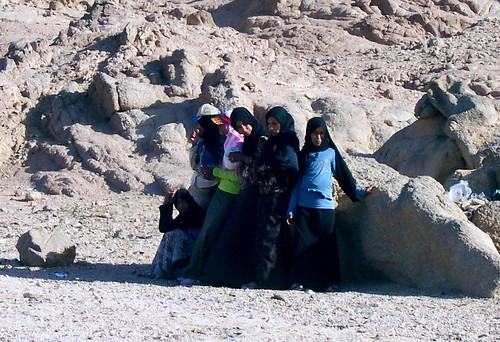 Some of the locals guided our Camels, I found it interesting how they dressed like sand people. It's amazing how far some people go to be like their favourite Star Wars characters, I would have brought my light saber if I had of known. 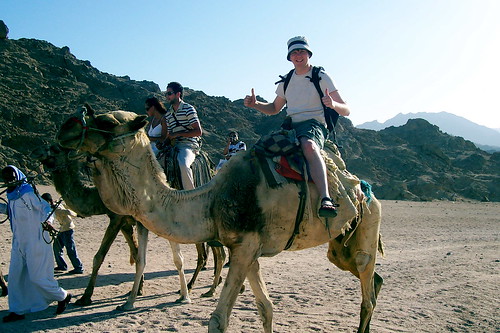 I managed to fit right in with my dress sense. After riding the camel for about 30minutes my balls turned into sultanas they have still not yet recovered. 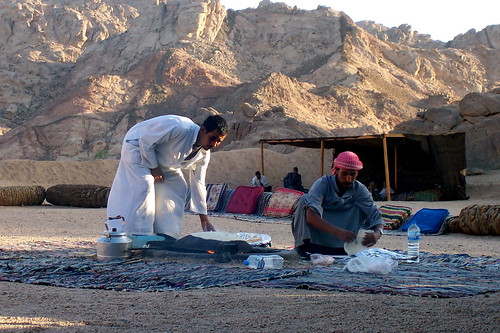 Some of the locals prepared some food for us, they cooked the bread on an open fire and the rest of the food in a microwave. 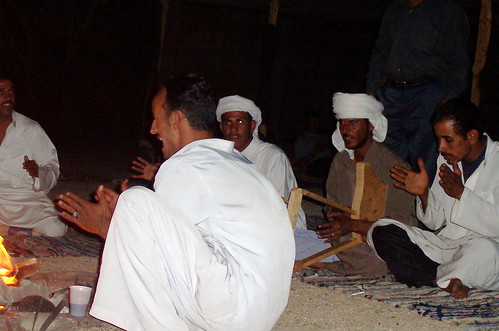 After dinner they did some light entertainment, this man squeezed one out while the others cheered and clapped him on. Not wanting to be put off by this strange culture I joined in. 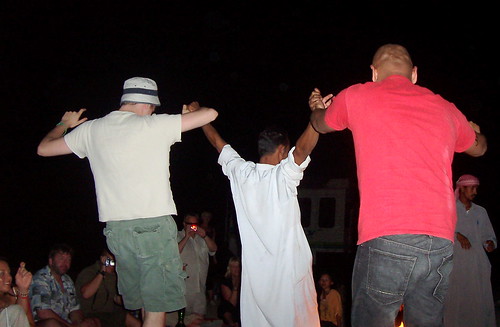 While I couldn't understand what they were singing they mentioned the Allah after most words. We danced until late with our new found brothers before going to bed.

Day 4 On day four we got to go snorkelling, I had never done this before so was excited about seeing lots of fish. 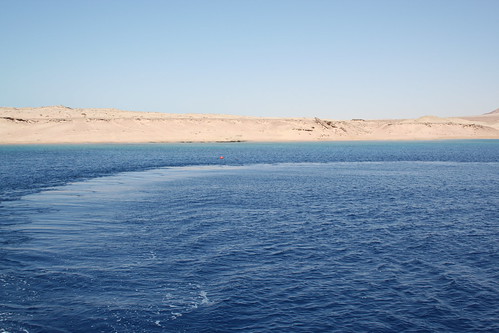 We went snorkelling somewhere here, unfortunately I did not have an underwater camera :-(.

In the evening we went for drinks in a bar half way up the hill, they couldn't afford proper chairs so we sat on the floor. I hadn't done this since infant school so decided to meditate on it. 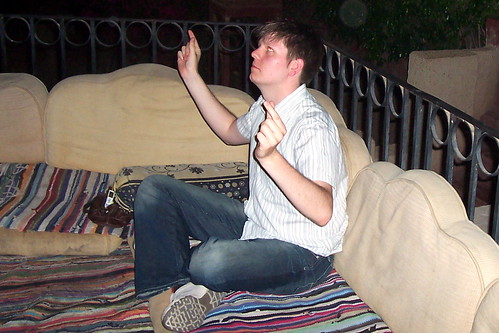 Day 5 In Pizza Hut in Egypt you have to arm wrestle the staff for food, Dave lost. 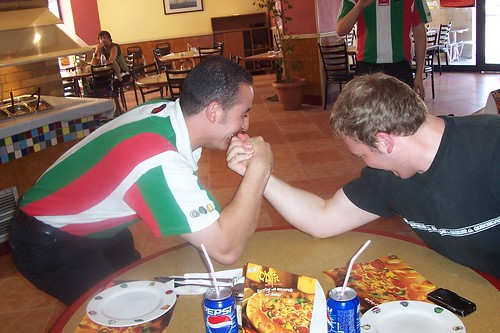 Fortunately he won the boxing match. 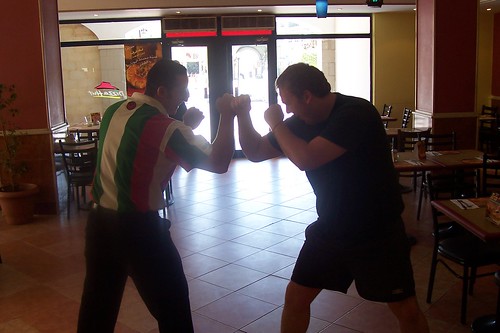 I wish they did this in the U.K.

Day 6 On the evening on the sixth day we went Quadbiking into the desert. This was not a normal track and we literally drove out into the desert to watch the sunset. It was a great experience and well worth doing! 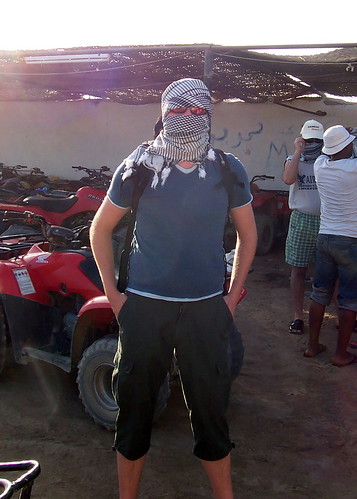 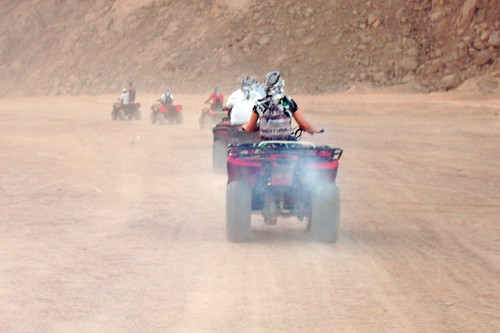 This was taken while I was driving and trying to steer with one hand. 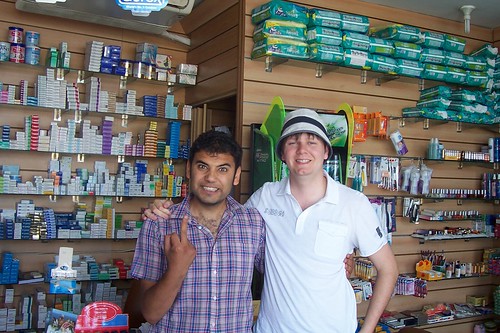 This friendly man was the pharmacist and helped Dave with his sun burn. He was a strict Muslim and we spent a couple of hours chatting to him about our different cultures. 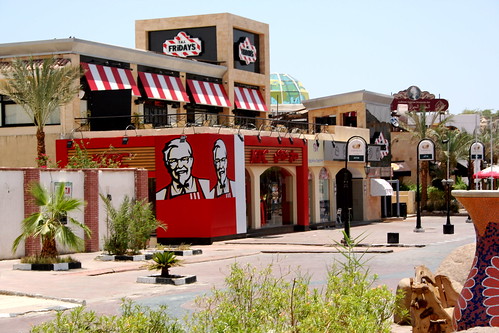 Outside our hotel was a KFC, Pizza Hut, Hard Rock Cafe and TGI Fridays. We made sure we sampled each one. KFC and Pizza Hut food tasted better over there. In KFC the chicken was less salty and in Pizza Hut the Pizza's seemed less greasy. 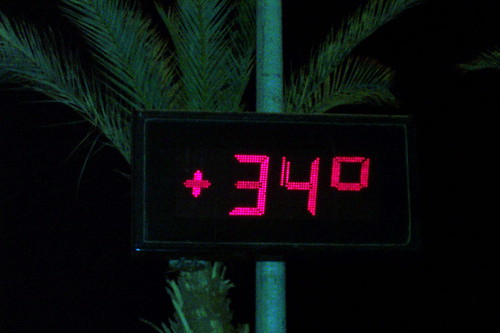 This was the temperature at midnight! Day 8 On the final day we packed up and went home but not without doing some shopping. 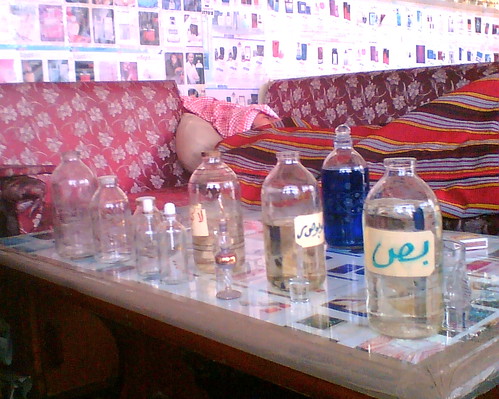 I really enjoyed Egypt and would go back again while it is still a cheap destination. I think May time was the perfect time to go as it was hot but not too hot and the resort was not over busy. All the photos taken from my trip can be found on Flickr.

It's pretty sad to see KFC

It's pretty sad to see KFC and TGI Fridays polluting another country's skyline or whatever.

Wow, That was an

That was an experience! great article pete, you had to put the picture of losing to the guy in pizza hut! i could have supplied you with several pictures of various victories!!!

But again a really good article! :)

Thanks for checking out my

Thanks for checking out my site.

These pictures are great. It looks like it was a great trip. My wife keeps wanting to go back to visit Egypt and I've never been, so maybe we'll have to move it up on the agenda.

Anyway, great looking pics and makes me want to take a trip out that way.

ha! with such a good

ha! with such a good description of the times to be had in Egypt, I don't need to go now.

oh my days... the memories

oh my days... the memories this brings back...

Dave, it's a character

Dave, it's a character encoding problem and isn't always the web designers fault as it depends on the format used, browser used and language of origin.