I had a hard time at school, being cool meant playing sports and beating people up but to the kids of today cool has a new meaning and it all revolves around Facebook.

Here are the top five ways you can be cool on Facebook:

1. Adding as many 'friends' as possible.

This trend is simple, the more friends you have the cooler you are. On MySpace it was OK to add anyone however on Facebook you tend to add people you know. By knowing I mean, met once, friend of a friend or shared a class at school.

This simple graph highlights the correlation: 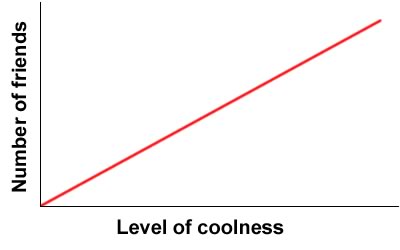 As you can see there is a clear correlation between number of friends and coolness.

This is not as simple as joining as many groups as possible, they need to be the right groups.

Not everyone gets it right and some people end up looking retarded when leave.

One incredibly cool person who I was privileged enough to get added by recently regularly invites me to lots of groups. 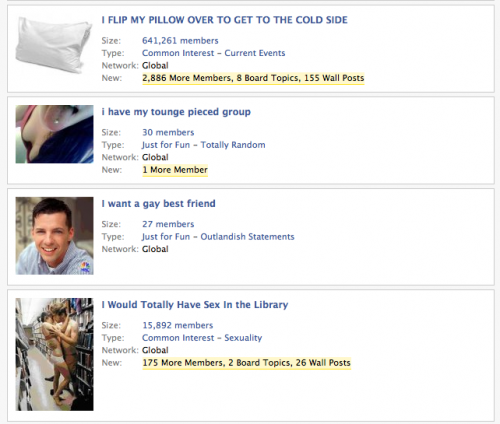 The rules for joining groups are simple

Pictures on Facebook are a bit like going to your local all you can eat Chinese as you know you are going for quantity and quality. It doesn't matter that Facebook resizes photos in a horrible way and doesn't provide decent resolution copies.

Emo poses aren't as cool as they were on Myspace so try to find a picture where you are actually smiling.

Super poking someone has already gone out of fashion - kicking high in the sky is now in. You have to keep up with these little changes to stay cool.

I'm not shitting you, someone has written rules on how to be cool on Facebook.

These rules cover everything from how to talk to people, how much to write and to a certain extent what to write. Advice such as rule 8 'Don't send Bumper Stickers more than once a week.' is golden to staying cool.

Its kind a foolish but yeah

Its kind a foolish but yeah people fall for these kind of things...

Omg.That is good info!That was so freakin funny at the top I woudn't have sex in the library though!Unless nobody was there except me and bf!Nice info Pete!

This is actually pretty

This is actually pretty true.