Here are the best of my photos from the British Grand Prix. 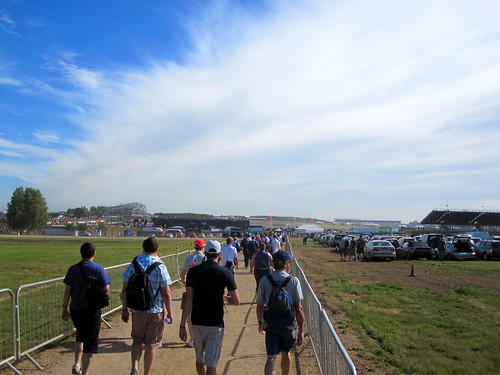 The walk towards the track from the camp site. 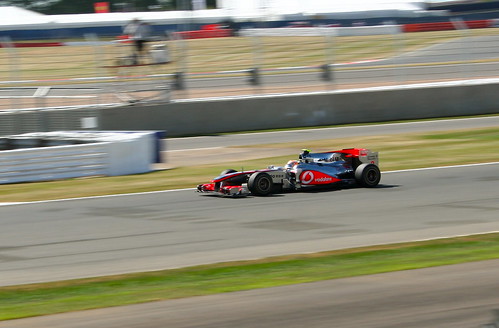 Lewis Hamilton in his Mclaren. 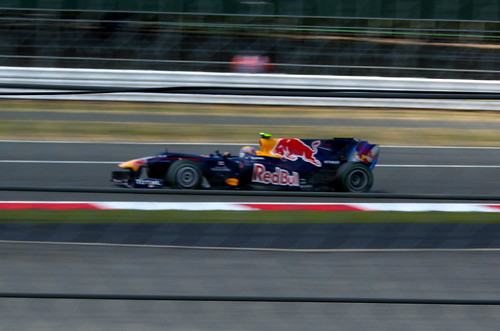 One of the Red Bull cars. 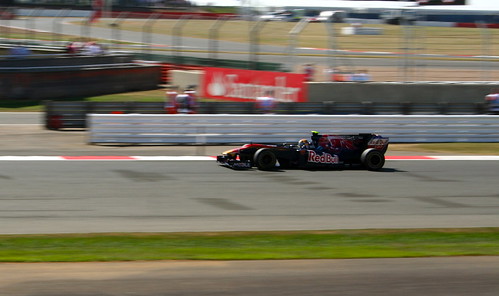 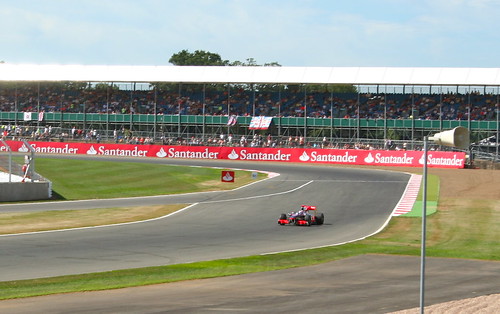 A Mclaren coming on to the pit straight. 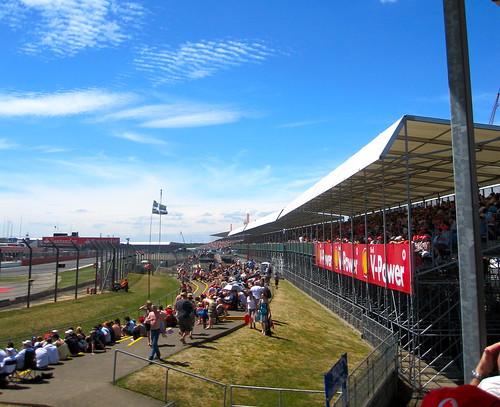 Packed crowds for the practice session on Friday. 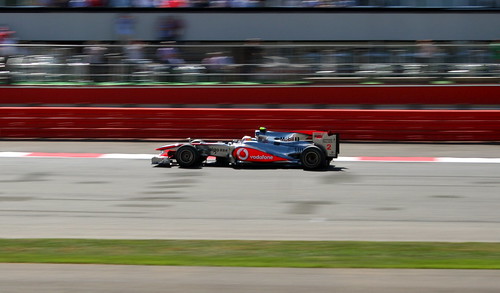 Lewis passing us on the pit straight. 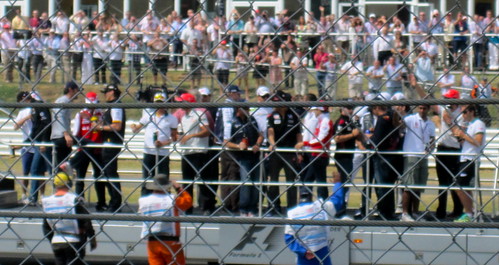 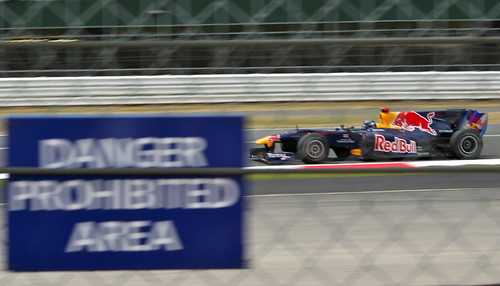 The view from our seats of one of the Red Bull cars. 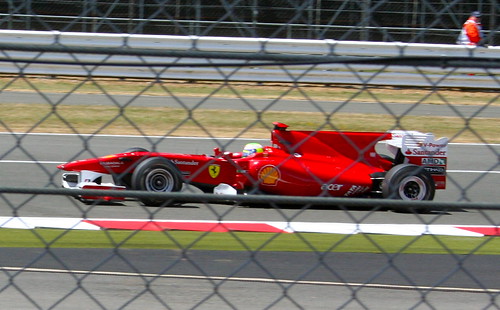 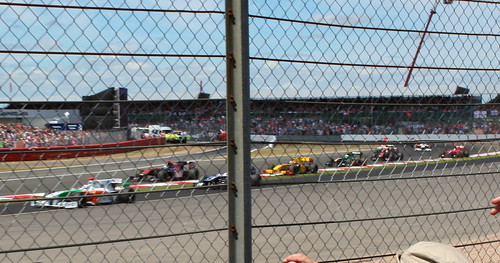 A chaotic start for all the drivers. 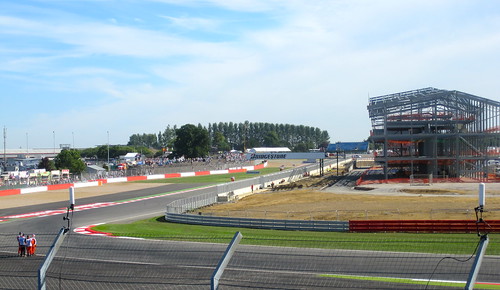 Part of the track and the new pits complex that will be complete for next year. 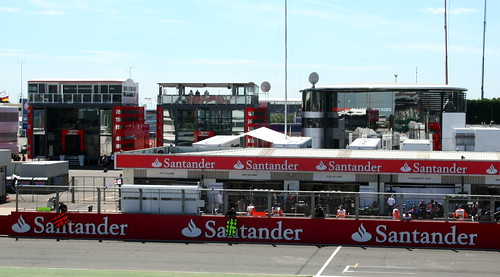 The teams motor homes (Ferrari on the left and Mclaren on the right). 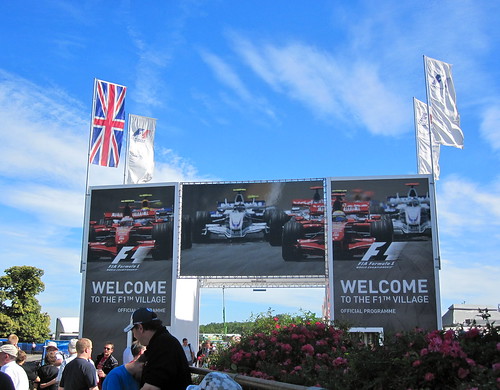 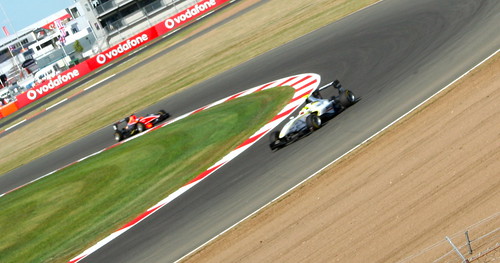 Cars driving in the GP2 race.

One of the GP2 cars passing us. 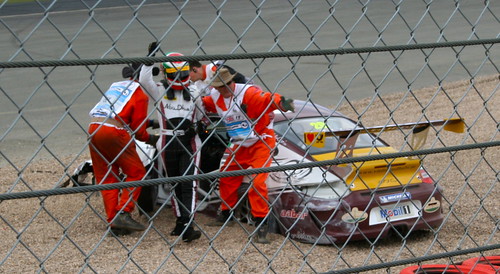 A Porsche super car crashing out in front of us. The driver walks away unharmed to the applause of the crowd. 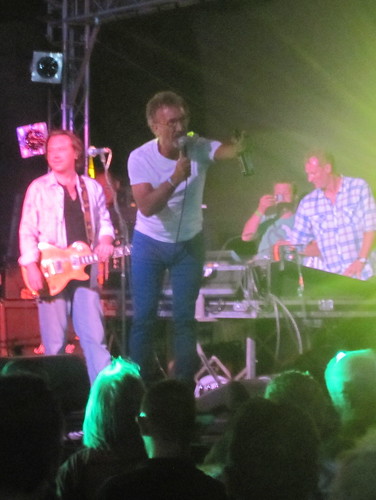 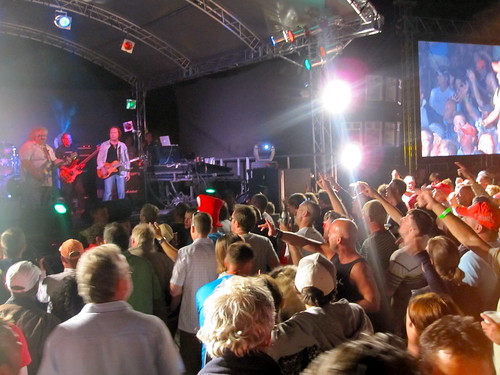