Shrewsbury Carnival is the yearly event where people stand on the backs of lorries and drive around the town centre. This years theme was the magical world of theatre. It helped bring together dance clubs, nurseries, schools, orchestras and local media.

The influence of many musicals were apparent such as Fame, Grease, The Lion King, Wizard of Oz and Snow white and the seven dwarfs. A lot of work went into decorating and preparing the floats and it was clear to see when they wee driving round town.
Here are a selection of photos taken on the day:

This local talent were performing the musical Fame. 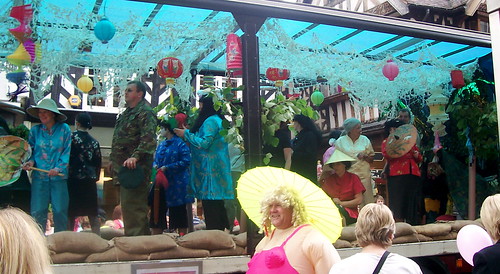 These people weren't sure after all the rain we had been having whether it would flood again, fortunately they had sand bags. I'm sure I saw this man on Britain's got Talent this week? 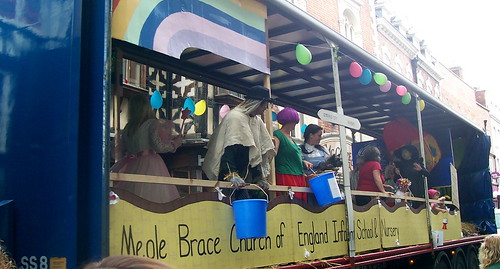 It looked like the teachers had fun on this float. 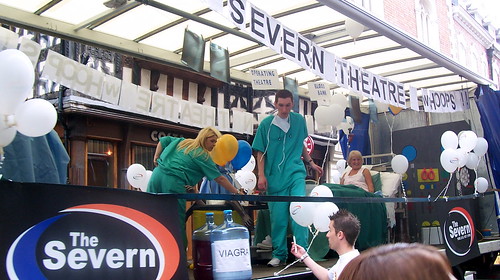 This float was selling Viagra, as you can see we caught this man purchasing some. 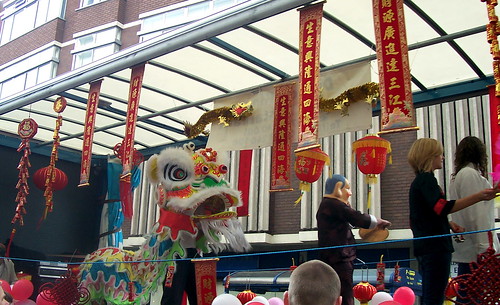 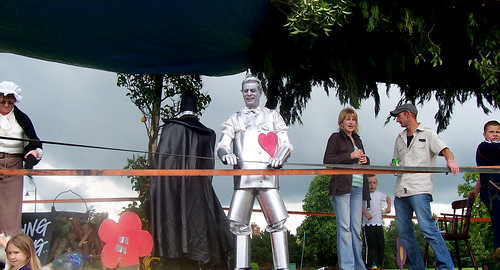 This man made a better effort than I did to look like a robot. 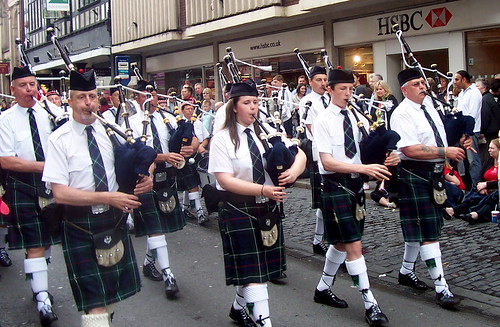 These people had lost their lorry so decided to walk. 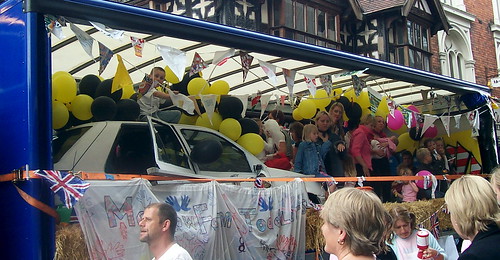 This year other attractions in the quarry included a fire engine, army trucks, inflatable dingy rescue boats and a helicopter that was later on show for everyone to watch take off. 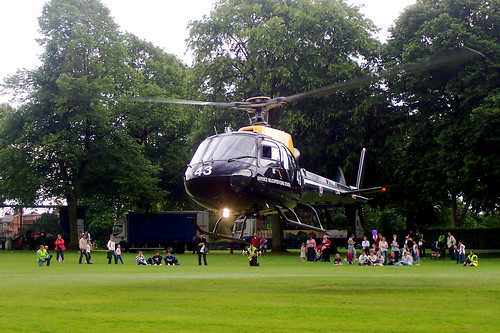 We think this helicopter was recreating the 24 musical - the part where Jack Bauer hijacks the chopper to go kill all the terrorists and save his nephew whilst stopping world war three - all in one hour. 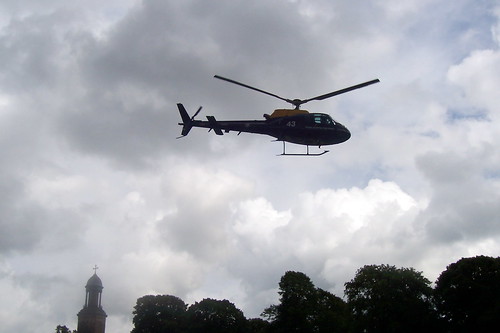 Photos thanks to Laura Askey.
For all the photos and high resolution copies view our set on Flickr.