Here are some of my HDR photos of the Flaxmill/Maltings: 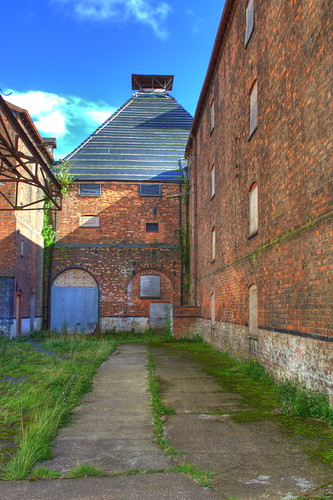 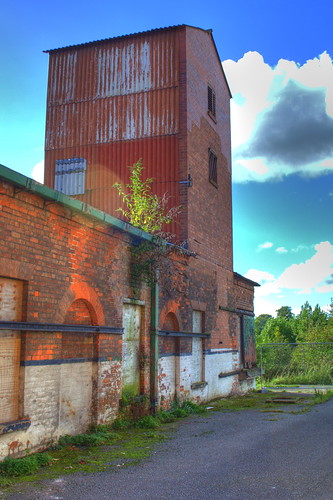 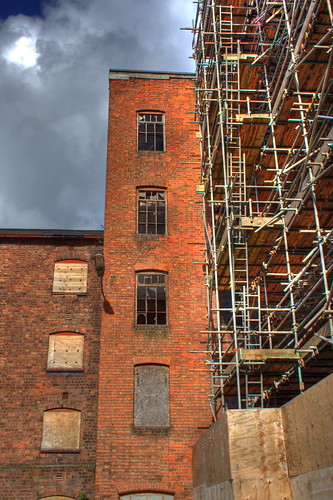 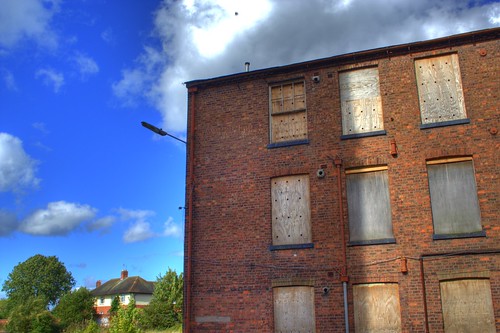 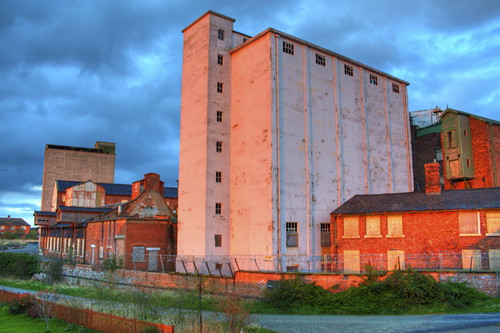 "Source Radio has been the starting point for many rising stars but one show has stood out this year for its creative content and unique features. The Monday Night Show with Pete White, Ben Powell and Chris White has been on air since October every Monday night between 6pm and 8pm. The almost famous tag line “Power Pumping Passion” is one the defining points of the show."

We started the show simply out of curiosity for Source Radio and it was an instant hit because of the humour and entertainment we brought to the station. From early on we made an effort to discuss student issues on air where appropriate. In November we debuted our version of on air dating, people would send in profiles and we would read them out on air making the occasional joke. It worked really well and people found it really entertaining and we even matched some people up!

By December we had edited out our best bits and put them on the Internet for others to listen. The feedback we had was great, allowing people who hadn’t been able to listen to the show experience it as well giving our regulars some of the funniest moments again. The editing wasn’t easy and took hours to shift through our previous shows but it was well worth it just for the exposure it gave us.

January came and we wanted to promote the show even more as well as cover more student issues. This is when I came up with the idea to invite the Vice Chancellor Madeline Atkins on the show for an interview. She accepted our invitation and we started to plan questions and features. When we told the rest of the stations members about the VC interview we had planned there was almost a sense of shock but they realised a great opportunity for the station. This VC interview was not the only planned content for the show we also had an exciting new game show. Being a student station we thought we could push the boundaries slightly more than other stations, which is why we thought of “Feed Chris”, each week we would ask Chris three questions and a bonus question, for each question he got right he got a meal on Tuesday. If he got none of the questions right he didn’t get to eat! While of course he never went through with it and the questions were rigged against him it provided a lot of spontaneous entertainment.

Our first Interview that we mocked up was with Kiefer Sutherland (Jack Bauer from 24), being heavy 24 fans and the new series about to start we made a very funny interview with some sound clips from 24, the interview is still available online. We were also fortunate with the help of Bill Bennett to get an interview with Tim Westwood for the show when he was DJing in the SU. Bill got Westwood to “pimp” a toy car as well as asking him about Coventry and the Students, the Westwood interview is also available online. In February our Vice Chancellor interview came round, we spoke for about an hour covering a range of topics including the new student centre, crime on campus and the future of the University. We had some great feedback about the interview from students and staff as well as over 600 downloads for listen again of the show. The show still continues on a Monday Night and has recently played sets from this year’s Trance Energy Festival in Holland. You can listen in between 6-8 on www.sourceradio.co.uk, if you want to listen again to any of the interviews or best bit segments visit www.imafish.co.uk.

*This article was featured in Coventry University's Source Newspaper in the March Issue.

Download the best bits from the recent Monday Night Dance Shows with Pete, Ben and Chris. This download is 30mins of non stop comedy and entertainment from the most popular show on Coventry Universities SourceFM!

The free download has all the best bits from on air dating to the 8pm news! Non-stop comedy laughter.

The end of Internet Radio?

ImAFish.com has been following the progress of Internet Radio over the last few months, and earlier this month the US government released how much it is going to charge people to broadcast online. The fee structure in place for US-based broadcasters basically forces all broadcasters, hobbyist or not, to either move to content that is not label-owned, or pay the labels (via a company called SoundExchange) approximately $7 per month for each average listener maintained within that month.

What's more, broadcasters will also pay an additional 8.8% of those fees for the rights to store that content on a hard drive, and will be required to pay all fees that would have been owed retroactively, that is, since 1998. Most internet based radio stations do not make any money at all and even if they tried to make small amounts of profit from banner clicks they could clearly not make enough money to survive with these outragous fees. Not only will broadcasters have to pay so much per month per listener but they will also have to pay for all broadcasting back to 1998.

For example, Live365 now faces fees of upwards of $1.5 million from previous webcasts, and will have to come up with the money to pay the "instant fine" from webcastings since 1998 now that the US Copyright Office has set the royalty structure. On top of that, the company will have to figure out how it can afford to pay $200,000 per month in order to break even with it's webcasting service. Noncommercial broadcasters are not exempt from the fees as many thought they would be initially.

A noncommercial broadcaster now is required to purchase a $500 license to simply legally broadcast music for free and face almost certain fee's from service providers such as Live365 for the use of their service (which now costs Live365 quite a bit to simply technically provide). I talked to Simon from www.stationmax.co.uk who is having to close down his internet radio station because of the royality fees. Even though his station isn't American some of his servers are based in America, so he would have to pay. I can see over the next few months 80% of internet radio stations closing down as they can simply not pay the royality fees, others will be either forced abroad or to have adverts in the stream making internet radio more like commercial analogue radio, which upto now has been the one good thing to distinguish the 2 types of radio.

For instance i could have a party and leave digitiallyimported radio on all night with no one realising it was even a radio station. While the fees have been finalised some still think things can be changed, whatever the outcome we can expect big changes to internet radio and possibly having to pay so much a month like many other internet services have gone to. Pete