How Much is your Blog Worth?

I stumbled upon this site earlier which asks 19 questions about your site in order to calculate how much its worth. Apparently ImAFish is worth $23,000 (

The ImAFish Forum has seen its best month since May 2006 in what's been hailed as an epic revival. It was only five months ago in February that the Forum had its worst month ever.

The Forum Posts Per Month graph can be found on ImAFish Reports. The data goes all the way back from when the forum was founded in 2002. I've tried to see if there are any patterns in posting habits however there are no clear trends.

May seems a particularly good month throughout the years, this could be put down to it being exam time meaning members were looking for more ways to procrastinate however considering most members have full time jobs now this no longer applies.

Posting figures had been stabilising until about a year ago when the number of posters decreased, this dip lasted about 10 months until June when activity started to pick up again.

12Stix - New Tech Answers Blog from the makers of ImAFish

Ben Powell and Pete White are using their day to day experience in I.T. support to post their common and interesting fixes discovered in their jobs.

GreenBoxDay - Reminders to put out your recycling and trash

GreenBoxDay is a clever website that simply emails or txts you when you need to either put our your recycling boxes or your trash. You can set it to email/txt you upto three days before so that you don't forget to put it out.

My Holiday in the USA

It's been over a year since my last trip abroad to Hong Kong and this time we decided to fly West to America! I was at school when I last went to the USA with my family and I was keen to go back to where we started that holiday - Los Angeles. I would love to say that it was the glitz and glamor that attracted me back however it was simply cheap flights and accommodation. 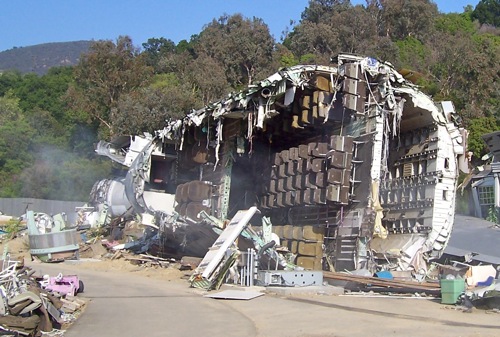 The flight over was rough. Only joking - this is a set from War of the World at Universal Studios.

After a good night sleep and recovering from the flight we headed to pick up the car. We didn't know what car to expect and joked about getting something smug such as a Toyota Prius - this is what we were given. I hadn't driven an automatic car before let alone on the other side of the road however it was easy to pick up and begs the question as to why we don't all have automatic cars in the UK! 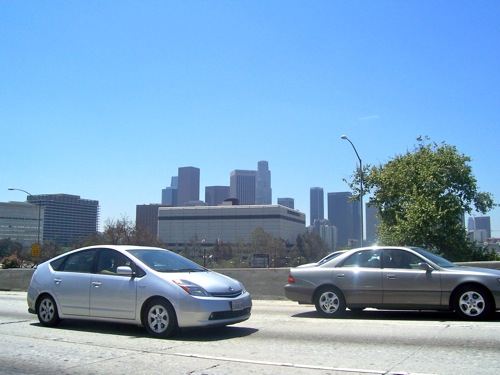 We headed straight to Hollywood, a 40min drive from LAX along roads twice as wide as what we are used to in the UK. 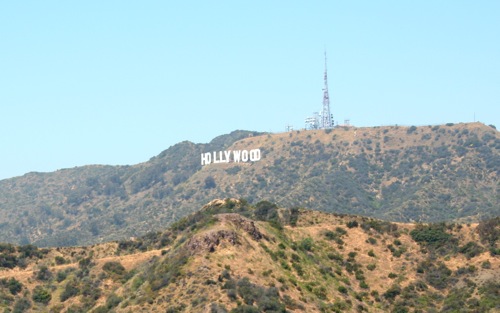 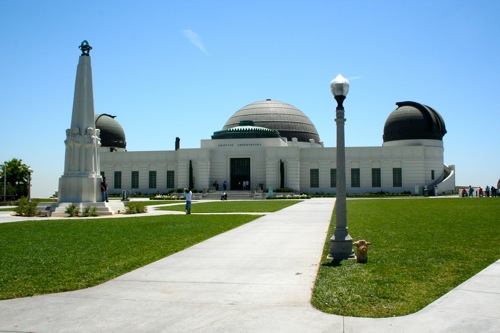 The Griffith Observatory is a great museum dedicated to space. I loved how you could weigh yourself on each planet however everything was in Imperial measurements which drove me crazy! 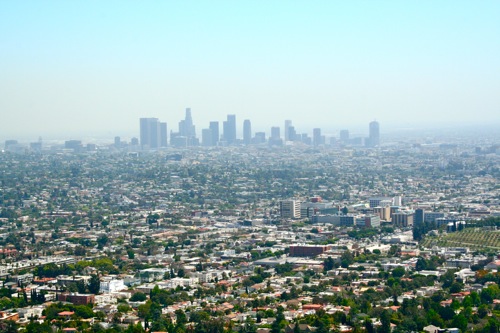 Amazing views over LA - I'm not sure if the haze is the weather or just smog (perhaps smug from all the hybrids).

We headed back into Hollywood to see the Kodak Theater and walk of the stars. 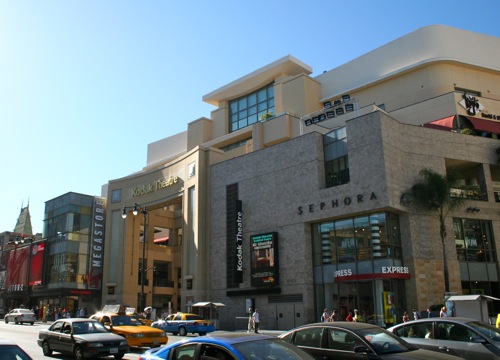 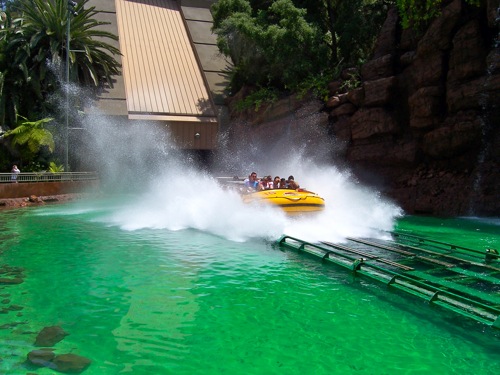 The park wasn't too busy so we managed to ride Jurassic Park about five times - I love water rides. 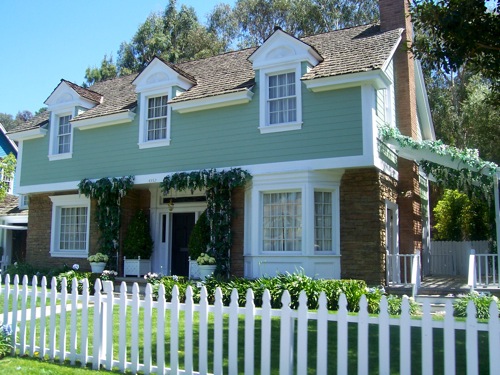 The studio tour took us down Wysteria Lane from Desperate Housewives - was well worth doing.

On the third day we drove to Santa Monica to go shopping. 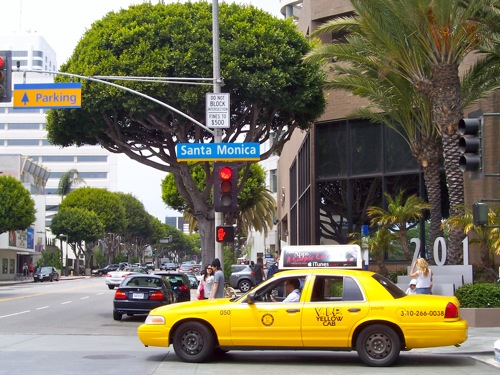 There is not a great deal to Photograph in Santa Monica - so here is a sign with a red light and a taxi.

We went to see the new Star Trek film whilst here - it was awesome. Its a shame that in the UK people don't scream, cheer and clap to films, makes the whole experience more exciting. 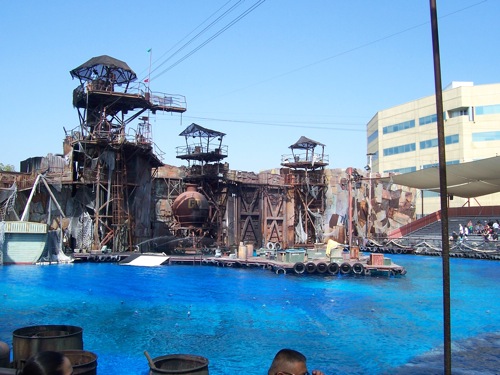 We sat in the 'soak' zone for the water world show thinking we would just get splashed - we were wrong. It was one of the best live shows I had seen. 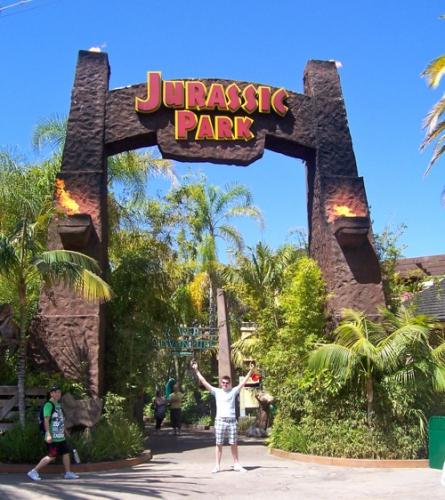 I lost count how many times we rode Jurassic Park on the second day.

If Universal Studios is for film lovers, Disney for kids then Six Flags is for crazy people who love big rides. Some of the rides such as X2 were insane, fortunately there were plenty of water rides and almost no queues. 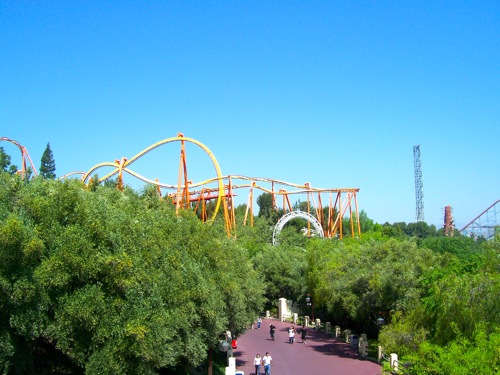 Last time I came to the US I was too young to drink or gamble (I might have been able to buy a gun however) so we took a trip to Las Vegas. The five hour drive from LA went smoothly, especially with the cruise control set along the straight highways.

We stayed in the same hotel that I did when I came last time - Circus Circus, mainly because the rooms were only £16 per night! 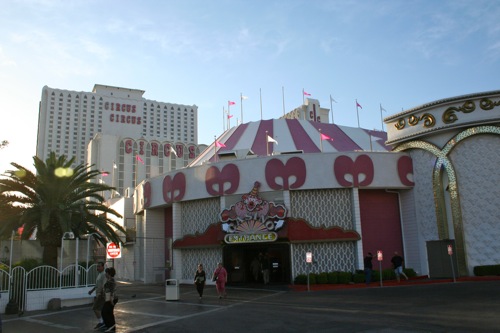 Since I'd been driving so much for the rest of the holiday I'd not had a drink since the plane. You have to be 21 to drink in most parts of the US - it would suck to be a student there! 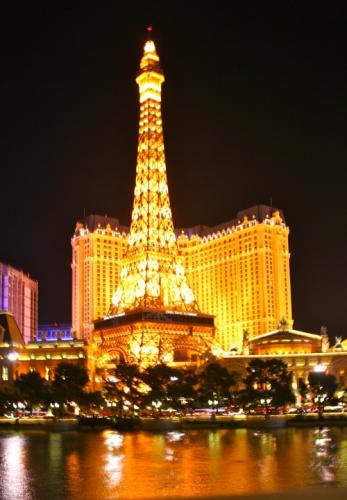 Only in Vegas would they build the Eiffel Tower! 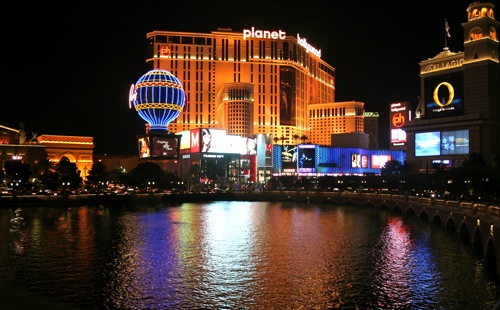 Vegas is such as great place for photography - and erm gambling! 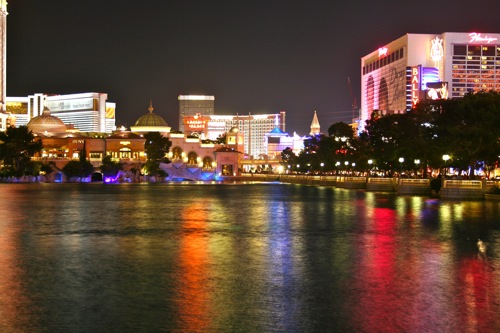 The lake in front of the Bellagio 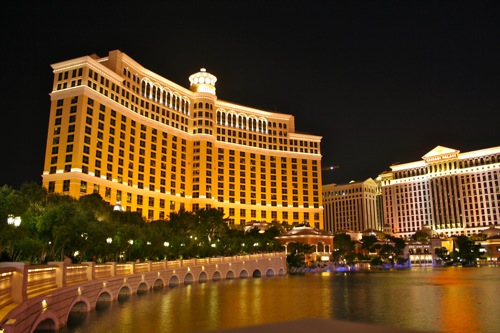 The water show in front of the Bellagio is quite impressive. 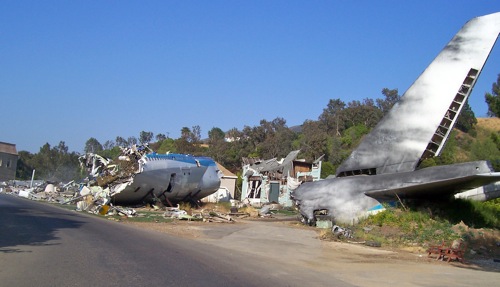 It was the next day before we landed back in Manchester.

I really enjoyed my stay in America and can't wait to go back again. Really want to visit the East coast or San Francisco.